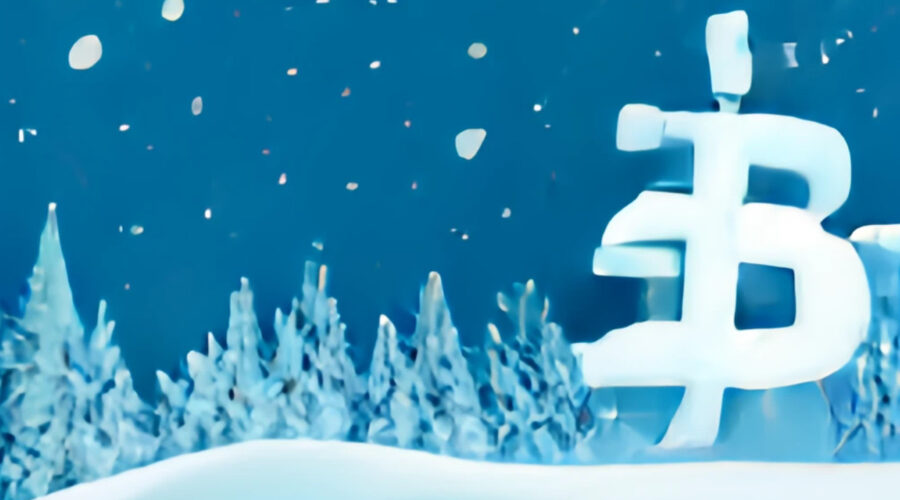 The definition of a Crypto Winter fluctuates slightly on who you ask; overall, it is a time of depressed pricing and activity. But it always ends.

A crypto winter occurs when the values of all cryptocurrencies plunge considerably, and investor outlooks are gloomier than usual. It typically occurs after a massive build-up in excitement and fullness regarding Bitcoin, resulting in a significant rise in prices beyond reasonable.

Such an occurrence is practically unavoidable in the field of cryptocurrency. For instance, in 2018, we saw a sudden collapse once the ICO fever proved false, leading to enormous monetary losses for private investors. This recent price decline can be attributed to our current economic environment and some bad choices by specific organizations and protocols.

The fall of the Terra Luna network spawned a wave of bankruptcies among crypto financial service players, immediately catapulting the marketplace into crisis mode. However, it is essential to note that this cleansing of the ecosystem of highly leveraged and speculative players, although difficult, can be looked at positively regarding lessons learned for new participants.

Even though the vast price drops of prominent cryptocurrencies are newsworthy headlines, they mainly depict public investor sentiment and specifically describe a crypto winter that would not only bring about lower prices and reduced investment funds but also breed adverse doubts in fundamental matters such as operations with nearly no activities.

This does not indicate that the most recent bearish occurrence, FTX’s collapse, will not damage the whole field. On the contrary, tiny subsidiaries will likely be declared bankrupt, and ventures with feeble finances will fail.

Even so, participants can capitalize on the education gained for a better future in this sector, for instance, through pertinent regulations, appropriate risk management practices, liquidity demands, and reserve policies which could lead to closer observance instead of greed.

During the first half of 2022, venture capital financing reportedly saw an average 323% increase, and the number of funding deals jumped by 118% relative to H1 2021. Furthermore, some likeness optimistic growth can be seen in the universe of crypto funds – venture crypto funds collected USD 25.9 billion through 116 rounds to drive progress in Web3.

More and more regular venture capitalists have started assessing the digital currency market with great success as they brought in as much as USD 10 billion. While Q1 maintained the bullish trend from before, Q2 proposed a robust market revival by Q3, even though overall data was good but not outstanding.

Now revealed figures confirm these worries – total VC financing decreased almost 70%, from about $15 billion to roughly $5 billion – and FTX’s bankruptcy implies this figure is sure to lower substantially for upcoming quarters, as the billions-of-dollars crypto holding group held a strong sway within both general crypto and venture capital areas, featuring more than 100 affiliates and several other partner companies.

Regardless of Crypto Winter, growth is still taking place

The acronym DeFi stands for “Decentralized Finance” and is a movement aimed at taking financial services to the blockchain through smart contracts. In the first six months of 2021, DeFi has obtained more financing than in 2020, totaling nearly $1.8 billion.

Between May and June of this year, backing for DeFi shot up 179% from 224 million USD to 624 million USD, possibly due to faults in several CeFi players (“Centralized Finance”). Even with Ethereum’s bottleneck and scaling issues, it still managed to lead the way in funding deals – both as an effort to fix the problems previously mentioned and in anticipation of Ethereum Merge, which will introduce a shift from proof-of-work consensus mechanism to proof-of-stake.

Most funds went towards decentralized exchanges, asset management entities, and yield farming protocols, with stablecoin projects taking up most investments. During July through September alone, approximately 14% of the 340 funding rounds launched connected with the DeFi sector.

At the start of the year, many investments were put into CeFi. The center of attention was rapidly bringing in as many users as possible into the cryptocurrency field. As centralized crypto exchanges and yield farming systems are user-friendly and include various services, they helped reduce the boundary to the entrance for many people new to crypto between the cryptocurrency area and “TradFi” (traditional finance).

Consequently, CeFi had gathered more than USD 10 billion in investment in the initial six months of this year, mainly pointing toward exchanges, payment providers, and market makers (>50%). In addition, a substantial part (47%) of financing activities with values exceeding USD 10 million also took place within the CeFi industry. However, after numerous failed attempts by Ceci players earlier in the year, they have only been involved in around 40 deals during Q3; we anticipate a similarly low deal volume in future quarters.

NFTs, otherwise known as “non-fungible tokens,” is one of the latest trends that verify exclusive ownership and traceability of digital possessions through transparency. They first spiked in 2017 due to CryptoKitties, but only last year did people realize their enormous potential beyond digital art. For example, the gaming industry accounted for a $4.1 billion outflow in the initial six months, almost four times greater than marketplaces. Ethereum still has a prevalent presence in the DeFi space, yet new blockchains were approved for nearly three times more finances than Ethereum Q2.

Despite this fact, Ethereum had a higher transaction volume (125 deals versus 72 deals), meaning more investments in smaller amounts than other blockchains. Additionally, due to riskier assets characterizing NFTs, 3rd quarter experienced the minor sales ever (not including GameFi branches incorporating NFTs that remained top performers).

During the prior two quarters of 2021, the infrastructure industry, the backbone of the crypto market, gathered almost $10 billion in investments, multiplying three-and-a-half-fold from H1 2021. The most popular fundraising activities occurred among intelligent contract platforms and mining and data-related companies.

Infrastructure projects that serve the blockchain with relay processing power, such as Pocket Network, also saw exponential growth in 2022.

In Q3, the Web3 industry was the most represented (>44% of all), focusing on GameFi and Metaverse-related projects. GameFi is a minor division within Web3’s purview that seeks to reconceptualize video games entirely – users should hold their in-game items through NFTs, while the notion of “player as owner” (as opposed to “player as consumer”) is set up by tokenization.

Unfortunately, the overarching term “Metaverse” refers to a very vague idea – virtual universes that are proposed to offer numerous options and, in theory, according to its decentralized ethos, ownership liberties. So what is the Metaverse anyway?

In summary, stay strong; it will eventually end.

Although the markets appear incredibly discouraging at first sight, the numbers—at least temporarily—glimpse a different story at first glance. While market chaos hardly provides immunity to anyone, the principle of the building continues to be followed whenever allowed, and funding and development behind the scenes have achieved record highs in the initial part of this year.

Creators and founders of decentralized systems still believe that DLTs can promote change in many areas of people’s lives. But, unfortunately, it is hard to keep up with funding and deals given a troublesome macroeconomic environment.

The days when VCs would freely give money for projects are over for now. However, in this early growth phase of the Web3 sector, it’s still comprised of the traditional financial industry, which makes it endure repercussions from quantitative tightening or other external shocks such as the European energy crisis. Ultimately, substantial capital influx won’t happen until new regulations take effect after FTX’s ruin caused millions in losses over numerous investors; clearly showing how severe the crypto contagion was.

This will pose significant challenges to the crypto industry initially. However, over 250 crypto startups were among those invested by FTX Ventures and Alameda Research, making it essential for existing startups to continually work dedicatedly towards their objectives. Still, with more (crypto-friendly) lawfulness plus optimized macroeconomic conditions, another crypto summer can come up eventually.

Crypto winter will eventually end, and a “Crypto Ice Age” is not expected due to the rising mainstream adoption of cryptocurrencies and blockchain technology. But, it can take a while for the freezing conditions to retreat.