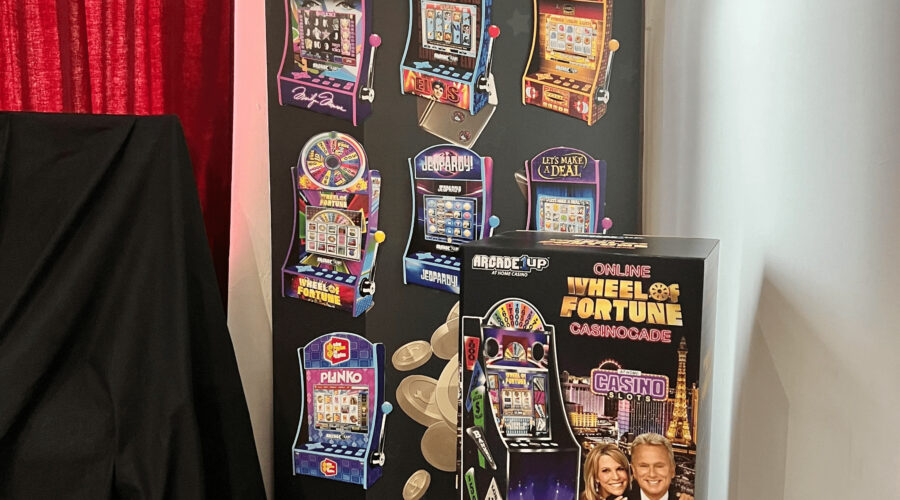 Arcade1Up leaks show the release of a Wheel of Fortune Casinocade and Time Crisis arcade. In addition, a new Reddit thread has the community talking.

And it’s not just a Wheel of Fortune casino slot machine arcade; other titles in the leaked images reveal themes for other classic shows such as Jeopardy, Plinko, Marylin Monroe, Elvis, Let’s Make a Deal, and Press Your Luck.

While this isn’t Web3, WebsiteFiler thinks Arcade1Up could get into the NFT business with some of their ideas and bridge the past with the future. Hopefully, someone over there considers it, at least! #arcade1upnfts

In Wheel of Fortune, contestants must try to identify the missing word by choosing letters one at a time from a grid. Then, after spinning a wheel, they click on the letter that completes the dish. When they choose correctly, they receive money via score; if they get an incorrect answer, they lose a turn. At the end of the game, the person who has accumulated the highest amount of money wins.

Let’s Make A Deal is an American television music-variety-comic show that began in 1963 and continues today. It was created and hosted by Stefan Hatos and Monty Hall from 1963 until he died in 2002.

Jeopardy! is a classic quiz program that reveals the answer before the question. The contestant supplies the question and then the answer. Three contestants are competing for prize money. Host Alex Trebek hosted the game for 37 seasons from 1984 until he died in 2020.

Time Crisis is an action-packed first-person shooter game where you play as one of several different characters, each assigned to protect the Earth against alien invaders—first introduced by Namco in 1995 to the arcade game scene.

So, will you pick up a Time Crisis arcade for your home? Or perhaps one of the new Arcade1Up casinocades (aka casino slot arcade games) instead? Further, would you buy an Arcade1up NFT?